Arts of all Arts ↓

music is the most powerful means of influencing a person.

In today’s world, we are all exposed to stress every day, both adults and children. Self-expression and the manifestation of one’s emotions through creativity becomes not only useful, but also necessary. 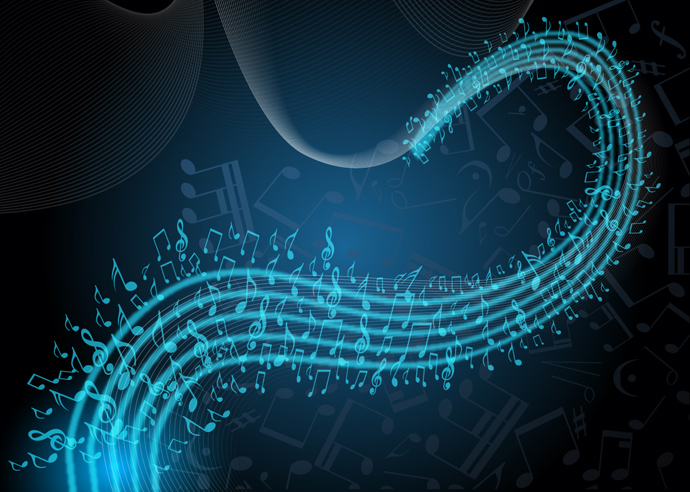 Our goal is not just to teach a musical specialty, but also to discover new abilities through music lessons in all areas. It has long been proven scientific fact that fine motor skills directly affect the functioning of the brain. Music lessons allow you to keep a balance in the development of the cerebral hemispheres. For example, piano lessons contribute to the development of mathematical abilities, string instruments – perfect pitch, vocals – the development of self-confidence and oratory skills. As well as such important qualities as coordination, attentiveness, patience, responsibility, endurance, perseverance, the ability to think creatively, not only in creativity, but also in everyday life. Classes in groups help to socialize in society from an early age.

Our approach is focused on the individual development of abilities in dealing with music. Therefore, our teachers do not stop developing in innovative technologies of education and psychology, based on the characteristics of modern children.
In our classes, we use an integrative approach that combines various forms of learning that complement each other, as we are convinced that the best experience is the one that brings joy. And the benefit must be for everyone to enjoy. So for young children, learning in a playful way is much easier and more fun. 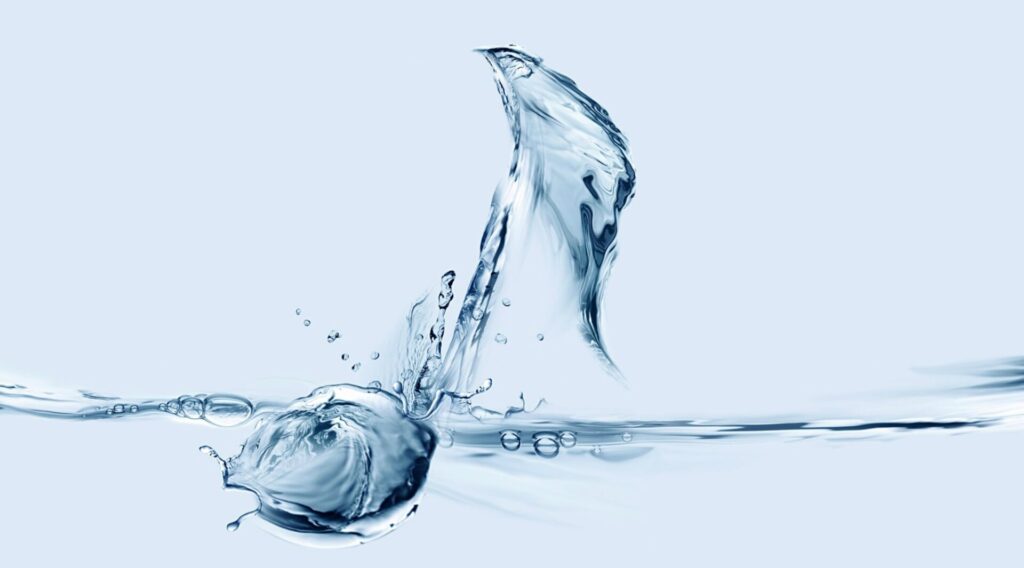 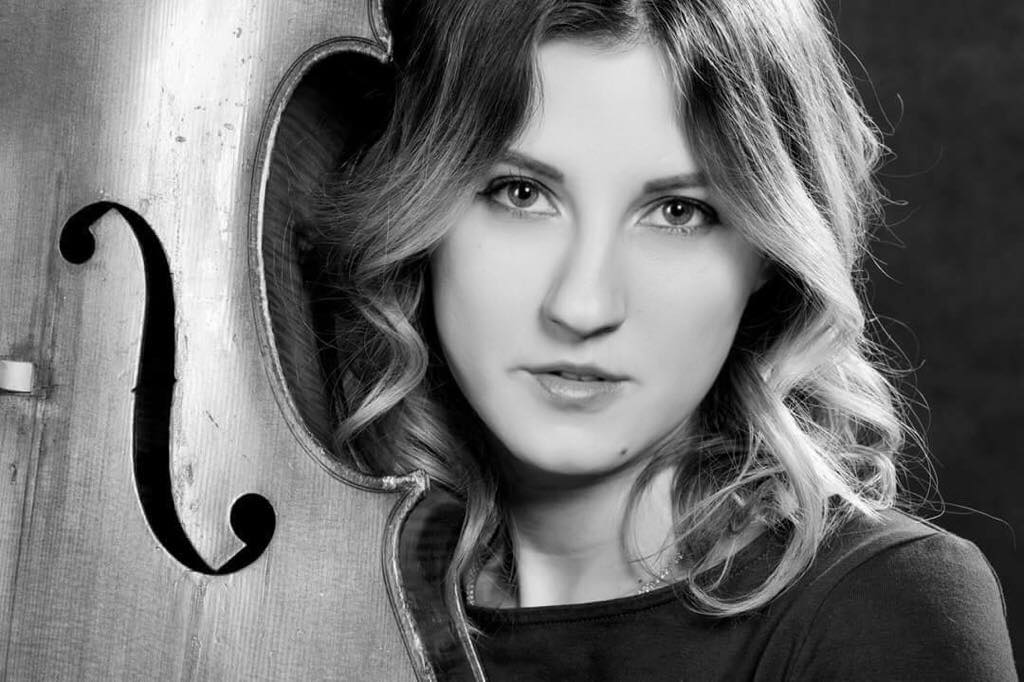 biography
Olga was born in 1986 in Volgograd to choristers and choir directors family. She began to study vocals from early childhood, from the age of 8 she studied cello and piano. Olga is a laureate and winner of city, regional and international competitions – New Names, Symphony, etc. Scholarship holder of the Ministry of Culture of the Russian Federation 2002-2003, scholarship holder of the Crescendo Summer Institute 2010, Hungary. In 2006- 2011 Olga studied at the Gnesin Academy in Moscow with a student of Mstislav Rostropovich, Pr. BorisTalalay (cello) and with Pr. Nonna Tolstikh (piano). She also took a course in choral conducting at the Academy of Sacred Music in Moscow. In 2014 she took a composition course at the Vienna University of Music, in 2018 a composition course New Classics at the Moscow State Conservatory. From the age of 13, she repeatedly participated as a solo performer in subscription concerts of the Volgograd Symphony Orchestra. She performed in various halls of the city of Moscow as a member of various ensembles, as well as in the cello orchestra at the Jubilee of M. Rostropovich in the Great Hall of the Moscow Conservatory. She performed her own work for cello solo at the international festival in Hungary (2012). In 2013-2014 she worked in American Entertainment company, performing in show programs with world-class artists – Ian Cooper, Clint Holmes, Guinness record holders Rebecca & Donovan, etc. Since 2015, she has started her solo project ol.cello, which organically combines classical and modern music. As a composer Olga has works for choir, piano, cello, quintet, vocal songs, electronic music and tracks for short films. In 2021 she published her first music score for cello and piano. Olga Ponomareva has also been teaching piano, cello, vocals since 2004. Sinse 2021 Olga started to teach in the Institute Montana Zugerberg. Works with adults and children. vocals – individually, vocal groups, piano, music theory, improvisation level – beginner, intermediate, professional genre – classical, pop, jazz languages – Russian, English 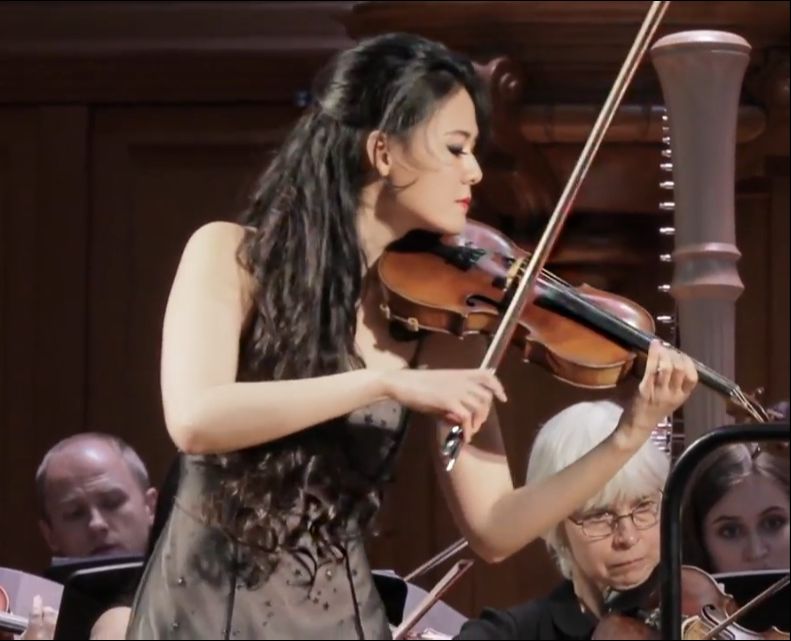 Anna Kim began her concertizing carrier at the age of 8, performing with the Vladivostok Radio and Television Symphony Orchestra. After winning three competitions in the Primorsky and Far-East regions, successfully entered the 4th grade of the Central Music School attached to the Moscow State Conservatory named after Peter I. Tchaikovsky. At the age of 16, received 2nd prize at the International Violin Competition in Tolyatti and shortly after, at the age of 17, she won another 2nd prize at the International Competition for Contemporary Music in Berlin (Germany). Ms. Kim was an honorary scholarship holder of the legendary “New Names” as well as the UNESCO Charitable Foundation scholarship programs.

Graduated from the Moscow State Conservatory in the class of professor E. Grach. Not long after the graduation, Anna performed numerous times on Central TV in Seoul (South Korea), continuing her carrier in the United States of America as a guest artist, working with various orchestras in New York City, Philadelphia, “Symphony in C” Bachanalia Orchestra led by Nina Beilina, Philadelphia Virtuosi chamber orchestra, Manhattan players and many other.

For the last three years, Anna has been actively engaged in educational and practical activities in the field of Psychology. Earned an additional degree as the Art Therapy psychologist from the Institute of Modern Psychological Technologies as well as receiving a Diploma from Psychological Coaching Institute of Applied Psychology in the Social Sphere. Ms. Kim is a member of the European Coach Federation Association. Nowadays, Anna’s life is filled with teaching and performing as a musician and at the same time continues her education and practice as psychologist-consultant and child psychologist. 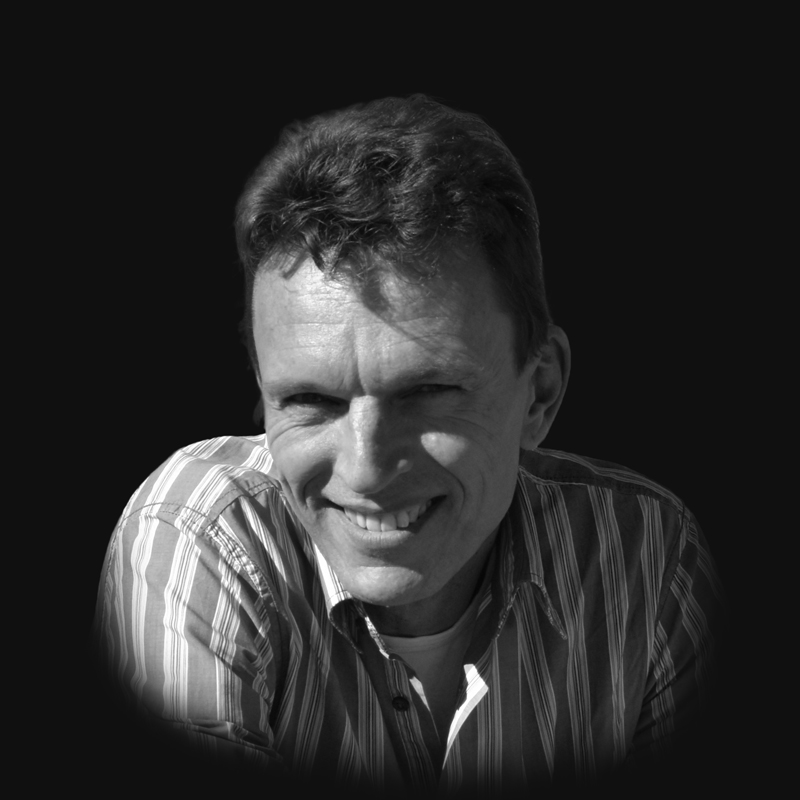 In addition to his passion for music and different styles, Philippe Wille also has a great fascination for the spiritual/supernatural dimension of music.
Philippe’s overriding goal is to bring people into encounter, and further into friendship, with God through music. 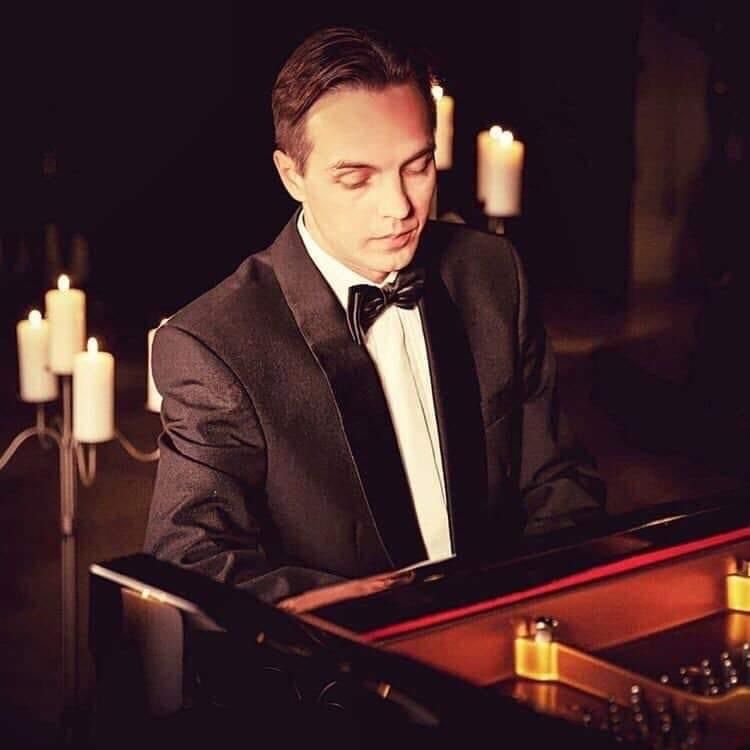 Dmitry Demyashkin was born in the city of Saransk.

The first international success for the arising musician came at the age of 11, when he became a winner of the International piano competition «Piano Music Virtuosi» (Czech Republic, 1993)

Following this glorious success, Dmitry was invited to join as a soloist during the presentation tour of the First World Children’s Symphony Orchestra in Italy (Milan, Venice, Genoa, Cremona) and the Great Hall of the Moscow Conservatory.

In 1999, having won a grant for education from the Swiss bank Fontobel, becoming a student at the Zurich University of the Arts in the piano studios of Professor K. Shcherbakov, and Professor H. Frantses. Upon graduation, Dmitry received three diplomas in the field of musical arts: Concert, Pedagogical and Soloist diplomas.

The graceful manner of performance and genuine passion for music won enthusiastic responses from jury members and critics in Russia, as well as throughout Europe and America. In 2007, at the age of 25, Dmitry became the youngest Honored Artist in the history of the Republic of Mordovia. Late on, in 2012 he was awarded the International title of «Steinway Artist».

Dmitry Demyashkin has also won many awards and competitions:

Other awards include – The Golden Book of the presidential program «New Names of the Planet: XX century-XXI century» under the auspices of UNESCO and was awarded a special prize – the statuette «Dancing Angel» – from the European Union of International Youth Competitions (EMCY).

At the age of 25, Dmitry Demyashkin began his teaching career as an assistant to Professor H. Franzes at the Zurich University of the Arts.

«A completely electrifying pianist, a genuine charismatic virtuoso, which is a rarity these days.»
– Jacques Leiser (EMI records) –

“He embodies an excellent combination of boundless virtuosity, graceful musicianship and magical sound. His playing has an aristocratic influence that captivates the audience.»
– Homero Franches, professor at the Zurich Higher School of Music –

«Demyashkin, whose demeanor on stage is as irresistible as his artistic skill, is truly a star, and, mark my words, soon enough he will be regarded as one of the great discoveries of the new century.»
– John Bell Young, critic (St. Petersburg Times, Clavier Store, Opera News, American Record Guide) 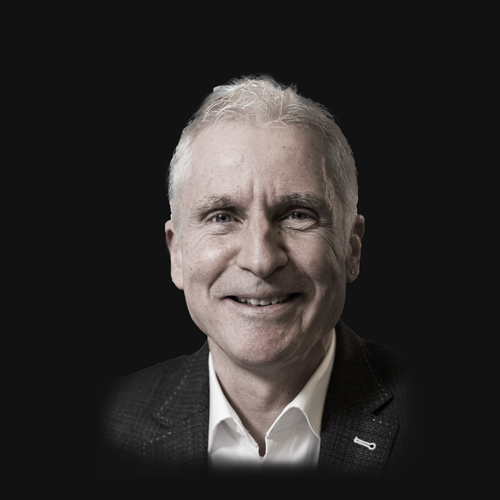 In 2014, Daniel Schürch successfully completed the three-year course to become a certified drummer and drum teacher at the Swiss Drum Academy. He has been playing in various worship bands for over 20 years. Worship of our Creator is a central theme in his life.

Daniel Schürch is federal qualified insurance specialist and owner of profibroker ag based in Zug. He is currently studying at the SBG (School for Biblical Business Principles). Daniel and his wife Silvia are members of the Christian Meeting Place in Zug.

The current concerts of our teachers and students are listed here. 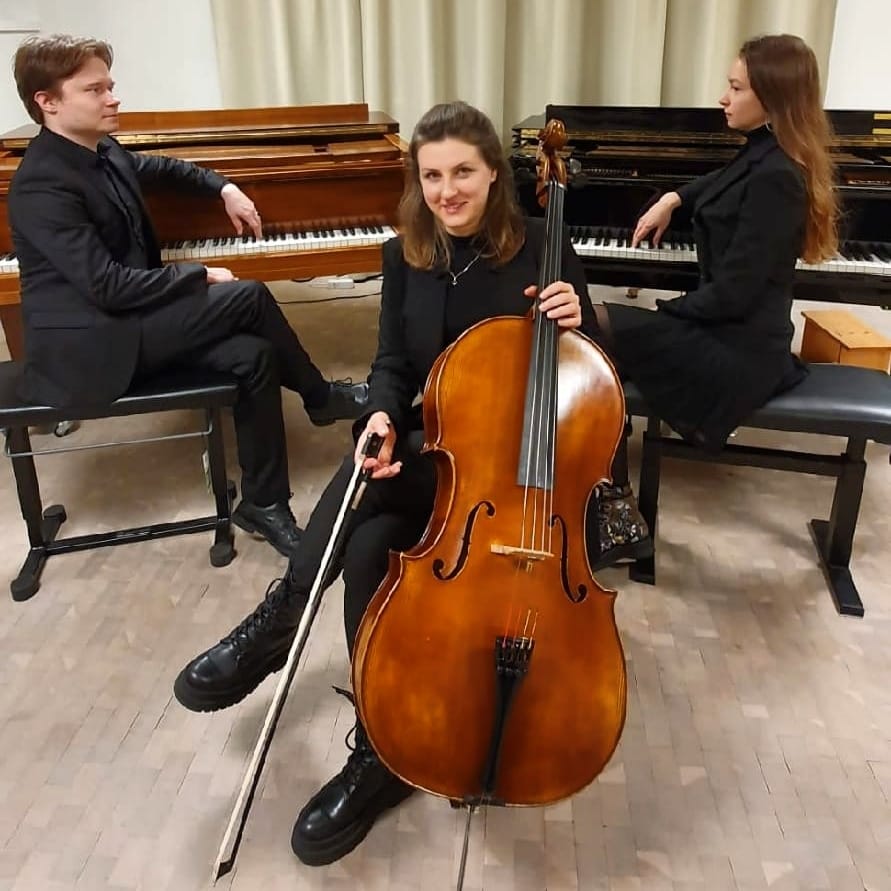 The current concerts of our teachers and students are listed here. 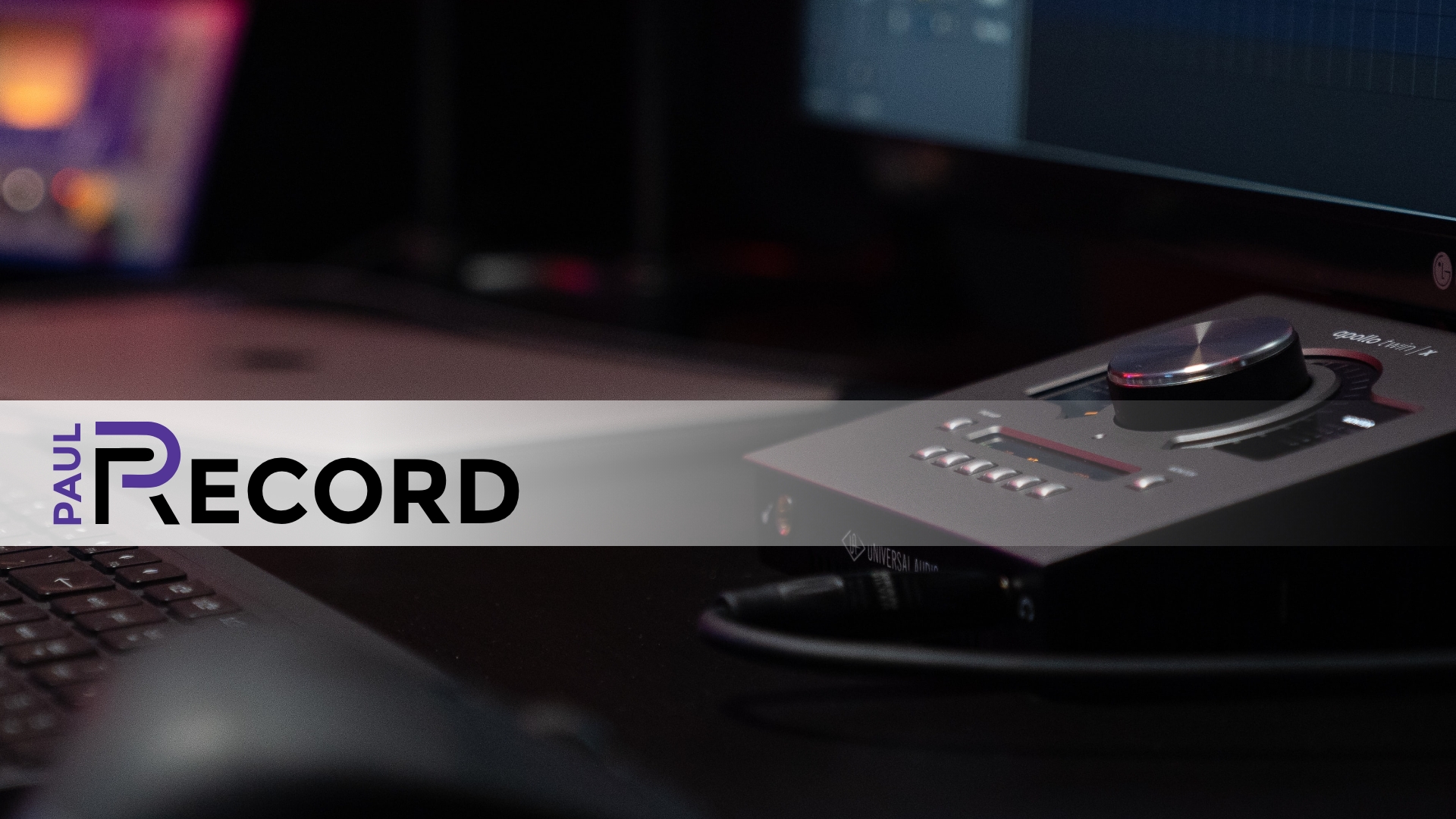 You can also use our professional studio, which is equipped with all the equipment for audio recording and video clips. You can please friends and loved ones with your performance or create your own unique video clip.